– Since December 2019 the HLRN-IV phase 1 in Göttingen is in user operation. Phase 2 of HLRN-IV will open for operation by the end of 2019 at both HLRN compute sites Berlin und Göttingen. The HLRN alliance has revealed names for both systems: Emmy in Göttingen, and Lise in Berlin. 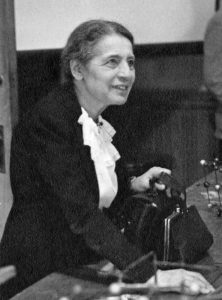 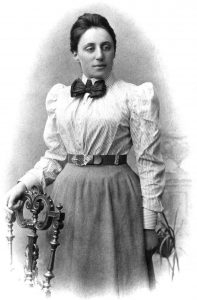 Elise Meitner [1] was born 1878 in Vienna and was a famous Austrian-Swedish physicist. She worked together with famous contemporaries like Max Planck, Otto Hahn, and Niels Bohr in the field of nuclear fission. This technology allows to produce enormous amounts of energy for energy supply as well as for atomic bombs. She worked at several institutions, at the University of Vienna, at the Friedrich-Wilhelms University and the Kaiser Wilhelm Institute in Berlin, and at the Institute for Physics in Stockholm, Sweden. Altough the Nazi administration decreed to finish her permission to give lectures at the University of Berlin, she continued her scientific research in Berlin. Finally in 1938 she had to leave Germany towards Sweden. At the age of 89 Lise Meitner died 1968 in Cambridge. Among many other honors in 1997 the chemical element 109 was named Meitnerium.

Amalie Emmy Noether [2] was born 1882 in Erlangen, Germany. She is considered to be one of the most famous mathematicians of the 20th century, worked at the universities of Erlangen and Göttingen together with famous contemporaries like David Hilbert, Felix Klein, Hermann Weyl and Emil Artin. Important contributions to the theory of algebraic invariants, the general theory of ideals, and non-commutative algebras originate from her. In theoretical physics, she is best known for the Noether-Theorem, which relates the symmetries of a physical system to conservation laws. Her work in abstract algebra is applicable to many concepts in computer science. After Nazi administration had canceled her right to teach at the University of Göttingen in 1933, she took a position at Bryn Mawr College, USA. There Emmy Noether died in 1935 at the age of 53.