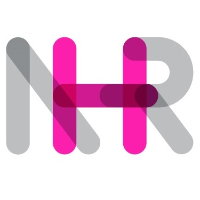 NetCDF is a suite of libraries for system and machine independent generation, access and exchange of array oriented scientific data. The NetCDF libraries contain the interface for C, FORTRAN77, FORTRAN90 and C++. The libraries come with some binaries to access, and reformat netcdf-formatted data.

The NetCDF library is available for several compilers. It is linked dynamically to the threadsafe hdf5- and szip libraries build with the same compiler.

Loading a NetCDF modulefile extends PATH with the path to the NetCDF binaries. This includes nc_config and nf_config, which can be used to gain information on the path to include files and libraries in compiler scripts and makefiles. Use

LD_RUN_PATH is extended when a netcdf-module is loaded. It can be used to define rpath in the binarues.

The netcdf-modules are not needed to run programs linked to a netcdf library!

Here we demonstrate the usage of environmental variables to find the netcdf - include files and to link the netcdf libraries.

We discuss the installation of serial and parallel netcdf at HLRN